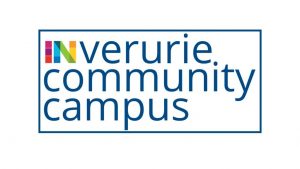 Inverurie Academy is twinned with French town Bagneres-de-Bigorre.  On Thursday, 5 October 2017, a group of 35 French students from Bagneres visited Inverurie Academy to continue the contact that has been made by letter and email.  They were given a musical welcome with a mixture of bagpipes and pupils from Chapel of Garioch who played La Marseillaise on the recorder.  Mr Prosser then organised a series of activities for our French visitors and students currently studying languages at Inverurie Academy.

Later in the evening a Ceilidh was organised at the Kintore Arms Hotel in Inverurie where French and Scottish students learned and danced the Gay Gordons, Dashing White Sergeant and Orcadian Strip the Willow, all supported by the ‘calling’ of Mr Duncan Massie, the organisation of Mrs Olefine Richardson and our very own Celtacad musicians.